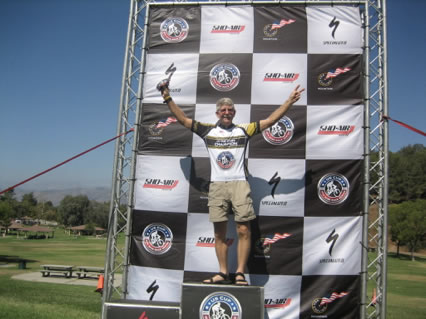 I’m a second generation Santa Barbaran a former United States Marine and retired Fire Captain for the County of Santa Barbara.   I moved to the Valley in 1976.  Besides riding as a child I took up Triathlons in 1983 competing up to half Ironman distance.  From 2002 I raced road and mountain bike in the California Firefighters Summer Olympics, So Cal Mountain Bike Championships series, US Cup Series and rode many century rides including the Markleeville Death Ride.